You’ll Find Me In The Kitchen with DiGiGrid… 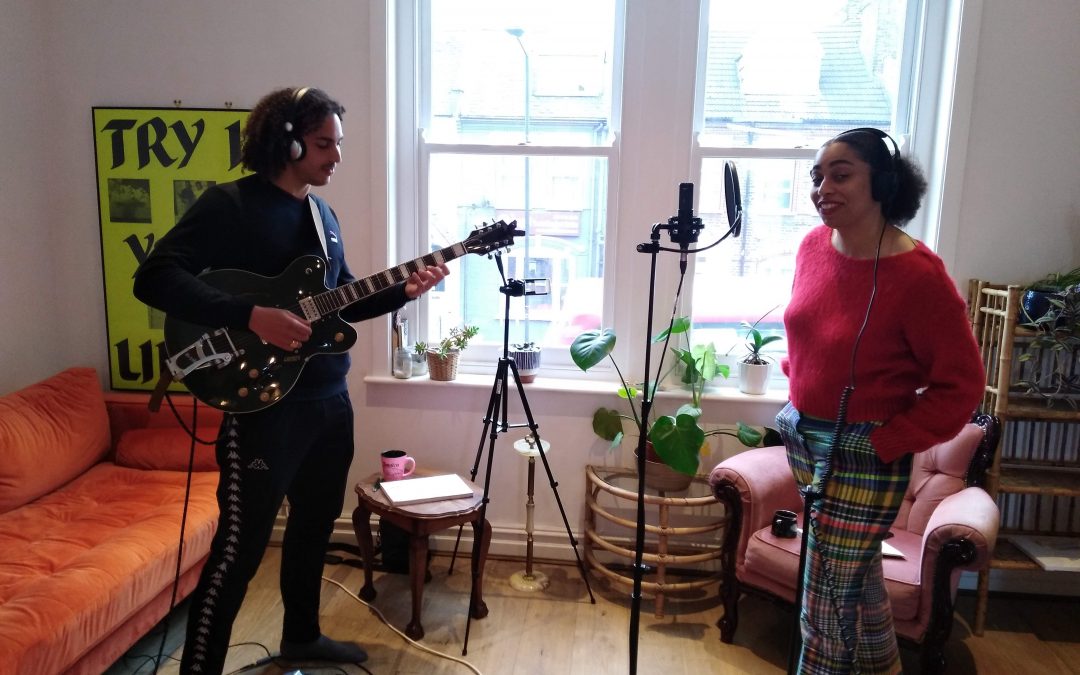 Phil Wright has enjoyed a twenty-five year career in the pro audio industry, specialising as a live sound designer and mix engineer for large scale classical, concert, broadcast, dance, cinema and operatic productions. Trained at the Guildhall School of Music and Drama, he spent the early part of his career at Sound by Design Ltd, during which time he handled the prestigious Royal Albert Hall in-house sound contract, including taking responsibility for the BBC Proms live requirements. In 2012, Phil went freelance, creating Phil Wright Sound Limited and has since worked on a very wide range of projects. The impact of the COVID-19 pandemic has been keenly felt throughout the industry, but creative solutions for audio conundrums are never far from Phil’s mind, as was the case recently when his friend Jaap Pronk of TM Audio in the Netherlands, reached out for help…

At the beginning of this year, British-Jamaican soul singer Celeste won BBC Music’s Sound of 2020. The annual award is given to artists tipped to be successful during the year and its previous recipients include Adele, Haim and Ellie Goulding. Celeste’s original and distinctive voice coupled with a jazz-infused repertoire led Radio 1’s Annie Mac to describe her as a “phenomenal talent…impossible to ignore.” It is an understatement to say that 2020 has not developed in quite the way that anyone expected, although for Celeste, whilst lockdown has meant the suspension of live concerts, it hasn’t meant withdrawing from the public eye. The artist and her management team have found creative ways to stay in touch with her growing audience. As well as broadcasting via social media platforms, she is in demand for radio and TV appearances, which is where Phil Wright enters the story…

Phil became involved when Dutch national radio station 3FM was seeking an audio solution for a lockdown broadcast. Not unreasonably, they wished to capture Celeste’s performance as clearly and professionally as possible. 3FM contacted Jaap Pronk of Sound providers TM Audio in Utrecht for suggestions as to who might be able to help in the UK. Jaap put out a call for help to his contacts which Phil had no hesitation in answering. Phil explains:

“I think Celeste had done a couple of performances from lockdown on Zoom by that stage – things like the Graham Norton show. Whilst that was perfectly serviceable for pictures, the audio wasn’t really there, so I said yes that’s fine – I’ve got DiGiGrid IOS-XLs, some nice Sony C100 condenser mics, I had access to a Comrex IP Audio Codec and so I went over to Celeste’s home.”

The project was conducted under strict social distancing and hygiene protocols. At no time was Phil in the same room as Celeste or her flatmates, and the small amount of kit used in the different spaces was thoroughly cleaned down prior to and after use:

“In this scenario, it was important to take in only the smallest amount of gear, with the smallest possible footprint. I went into the empty lounge, with mask and gloves, to set up the studio space, and then retreated to the kitchen where I had the DiGiGrid units and my laptop. Celeste then came into the lounge to record. Using SoundGrid as a little studio setup, I put together a mix that Celeste and her guitarist were happy with, which was broadcast to 3FM. Obviously I brought production talkback from 3FM back into the artists’ ears so they could hear the show’s hosts.” 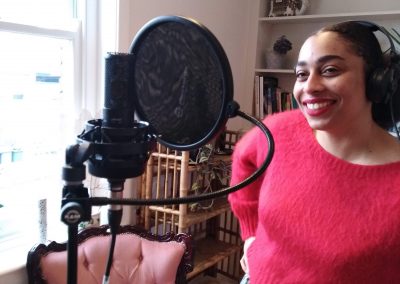 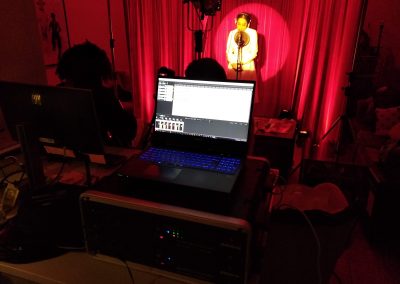 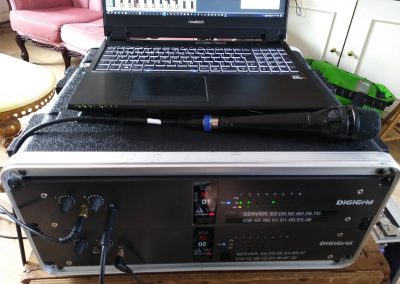 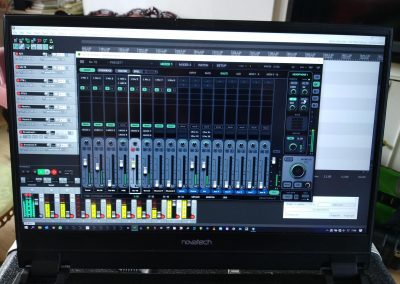 This minimally invasive setup perfectly suited the needs of the project. The performers had no physical contact with Phil and only minimal contact with equipment that had been sanitised with isopropyl alcohol immediately beforehand. The quality of the broadcast audio and the ease of use of the setup fully vindicated Phil’s confidence that the approach would be a success:

“The DiGiGrid IOS-XL was the perfect device to enable studio-quality audio. With eight DiGiCo preamps, decent condenser mics and, in SoundGrid, a super low-latency mixer with Waves plug-ins, I was able to produce an excellent master mix for broadcast. I took in just a 4U rack with two IOS-XLs (a main and a spare) but I also had four headphone outs, so I could do separate headphone monitor mixes for Celeste and her guitarist, whilst I listened in the kitchen across all the mixes through my own headphones. I literally had the rack, a laptop and a small holdall with the microphones, leads and a couple of stands. It was the smallest carry-in imaginable but delivered great results.”

The DiGiGrid-based setup, in Phil’s opinion, would be difficult to match:

“A lot of interface manufacturers have some kind of mixer but you certainly don’t have at your disposal what you get with SoundGrid and the server being there. I’ve got super low latency – I’ve got a proper mixer. Another system might allow you to do record-monitoring, but what you can’t do is put monitor mixes together in real time with EQs and compressors and stuff. It just works perfectly to create a tiny portable studio with a full range of functionality.”

The day after the broadcast, Celeste and her management called Phil to say that having listened to the broadcast, they thought it was “amazing” and asked if he could repeat the feat for her short-notice appearance on the BBC’s ‘Big Night In’ television programme. Having seen a number of recent television broadcasts recorded in less-than-ideal circumstances, Celeste was anxious that she did not fall foul of inferior sound. Phil was only too happy to repeat the trick:

“The sight of some excellent artists on similar shows broadcasting from home studios via iPhones -whilst, ironically, surrounded by lots of tech they couldn’t operate – certainly focused the mind. Celeste’s management spoke to the BBC who agreed that if the session was demonstrably safe and followed all the distancing guidelines, we could go ahead. One of her flatmates is a videographer, so the visuals weren’t a problem. We recorded the session on the Tuesday using the same setup, the BBC cut the pictures together on the Wednesday and I did a conform edit of the audio back in my home studio, mixed it, and packaged it up for them on the Thursday for broadcast that evening.”

Celeste delivered another consummate performance, fully confident that the audio would do justice to her exceptional vocals, on a show whose peak viewing figures exceeded eight million.

DiGiGrid’s Brand Manager Dan Page, whilst acknowledging that times are undoubtedly as tough as perhaps they have ever been in the industry, is keen to point towards how the creative use of technology in the hands of expert practitioners like Phil Wright, can maintain the connection between artists and their audience without compromising quality: “Even under such unusual circumstances, Phil adopted the can-do approach so typical of creative audio professionals. This small victory in achieving an excellent outcome against the odds is surely a pointer to the wider resourcefulness of our industry and how adaptable and flexible it continues to be, whatever the challenges to be faced.”