One Shot at the Whiteout 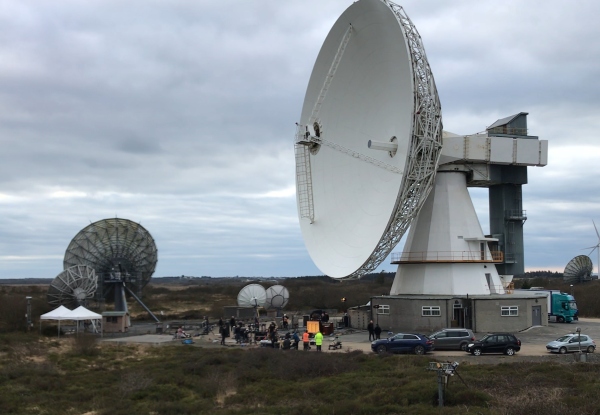 Andy Magee’s introduction to the world of entertainment technology came at a very early age by virtue of a relative who worked as a lighting gaffer in television. Opportunities to visit the studio and witness the creation of a renowned children’s TV Series in his native North-East of England fired his interest in the production side of the business, and he has worked professionally as a front of house sound engineer since the age of seventeen. He is also a widely experienced systems engineer and audio consultant. For the last ten years, Andy has worked as front of house engineer for Brit Award-winning singer songwriter Ben Howard, whilst other notable credits include working front of house on aspects of the 2012 London Olympics.

With live appearances limited to streaming during the Coronavirus pandemic, Ben Howard recently took the decision to film a live performance of his new album ‘Collections from the Whiteout’ – a task for which he and his band gathered outdoors at the iconic Goonhilly Earth Station in Cornwall. For what was bound to be a high-pressure job, Andy took care of the audio, placing his trusty DiGiGrid interfaces at the centre of what he knew would be a ‘one chance’ job.

“It was a pretty unique one-shot deal with no real margin for error. The location was available to the project for a limited amount of time, so any problems with the audio would have basically killed it. Taking a belt and braces approach to things seemed like a sensible way to proceed, so I effectively ran three systems for recording! I’ve been using DiGiGrid MADI interfaces for nearly seven years now, and there is simply no doubting their quality. For a high-channel-count job like this, and with the attendant pressures of having one chance to succeed, I was confident that the units would just ‘work’…”

Andy deployed a DiGiGrid MGR to take two discrete 64-channel MADI output streams from a DiGiCo SD5 console, with each going to a different recording machine over the network. His ‘belt and braces’ recording took a MADI split output direct from the SD Rack stagebox, bypassing everything else in the system. This was coupled with a DiGiGrid MGB with a direct connection to the recorder, avoiding as many potential points of failure as possible. The project generated a huge amount of data which as he explains needed careful consideration:

“We were seriously concerned that we wouldn’t be able to write all of the files to the backup drive overnight before we had to start again, so we simultaneously wrote primarily to local NVMe drives on each machine, but also over the network to the file server which contained a big redundant disk array. This worked a charm!”

Every element of the project was recorded separately, with a final count of 168 channels used. Having successfully negotiated the recording process, Andy and producer John Cornfield worked in post-production for a week. Andy continues:

“All in all we listened through more than twenty two hours of recorded material and we didn’t detect one single click or pop in all those audio files. That level of reliability is extraordinarily difficult to come by.”

The completed film was streamed as live across four time zones, with no re-recording whatsoever of the performance.

The theme of complex high channel-count work is never from any conversation with Andy Magee and it is primarily this that drives his choice of DiGiGrid. It seems that the rock and roll fates have delivered to him more than his share of such projects, although he is more than happy to take the challenges in his stride, and continues to develop his extensive knowledge from each experience. Where his use of DiGiGrid is concerned, he is keen to point out that it’s not just about the practical facility afforded by the kit and the pristine audio that results. In order to take on responsibility for projects such as this, Andy feels that the technical support on offer from DiGiGrid is very important:

“Having direct access to DiGiGrid’s support people in the UK is great. I know if I have a problem or a query, I can pick up the phone to one of the team and resolve any issues straight away. In all of the years I’ve been dealing with DiGiGrid, they’ve always been there when I needed a steer with something. As it happened of course, this job went off without a hitch, but the security of knowing that you are a minute or two away from a superb level of support is very reassuring when you’re in a pressure situation.”

Away from the pressures (and the cold) of Goonhilly, Andy has most recently been working on a number of new immersive mixes, for which he finds the MGR an ideal tool. Whilst happy to be busy in the studio, the reality of returning to his natural environment, handling and recording live sound in gigs, cannot come soon enough for Andy Magee. In the likely event that he will be working with more than your average number of microphones, it can be expected that a DiGiGrid interface will be very much part of the set up… 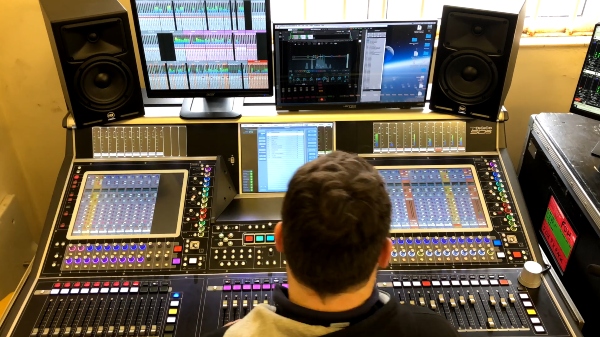