The prominent Staten Island studio and rehearsal complex reports that its DiGiGrid interfaces and SoundGrid platform are providing fundamental support to its ever-expanding operations.

STATEN ISLAND, NEW YORK CITY: With its tenth anniversary this year and a growing operation that encompasses three recording/mixing/editing rooms and multiple rehearsal spaces, Fenix Studios is going from strength to strength. Located in one of the five boroughs of NYC, the Staten Island facility continues to add new inventory to ensure it can offer best-quality recording services, and guarantee maximum flexibility between studios for producers and artists alike.

Indeed, it was the need for flexibility and maximum plugin capacity that underpinned one of Fenix’s most recent investments – in DiGiGrid audio interfaces and SoundGrid DSP technology. Under the direction of chief engineer Nick “NS1” Simone, Fenix has acquired the following: a single IOX interface featuring 12 mic/line inputs with studio-quality preamps and six line outputs; a StudioRack software rack; a DLI networking hub to bridge Pro Tools and SoundGrid; and a DLS processing and networking hub. With a built-in SoundGrid DSP server from DiGiGrid co-founder Waves, a network switch, and two DigiLink ports providing as many as 64 digital inputs and outputs, DLS makes it possible to take full advantage of an existing Pro Tools-based infrastructure.

A key part of the Fenix team since 2010, Simone has been a Waves user for more than a decade. “In addition, I was aware of the buzz around DiGiGrid through my attendance at AES and NAMM events,” he says. “As the studios expanded I was increasingly on the lookout for a new DSP that we could rely on. We also wanted a system that would be cross-platform and would take us beyond what our

[current Pro Tools-based configuration] can offer us. It is part of my role to make sure we are on top of the next cutting edge technologies that will allow us to work more quickly and effectively – and so it became clear that DiGiGrid was the way forward.”

First and foremost, the investment has allowed the studios to operate in a much more flexible fashion. “We didn’t want to be the kind of facility that has a major room with all the bells and whistles, but where the smaller rooms cannot benefit from the same level of feature,” says Simone. “The IOX can be plugged into the SoundGrid network using a single Ethernet cable, meaning that it is possible to move a session from room to room without experiencing a bottleneck, and when combined with the DLS we never have to worry about which plugins will work or how many plugins the system can handle.”

Simone is also full of praise for the capabilities of StudioRack, which can run up to 8 plugins on one insert, save chain presets, open them on any DAW, and monitor in low latency via the SoundGrid server. “I record a lot of sessions with plugins on inserts, so the workflow of the studios has really been structured around that,” he says. “With StudioRack I can have my studio chain at the ready, with my pitch plugin, go-to compressor and other key tools all there at the touch of a button.”

The expanding roll-call of third-party plugins available for use with the DiGiGrid technology further underlines the validity of the Fenix investment, says Simone: “Waves are continuing to produce amazing plugins, while the increasing involvement of third-party suppliers also means that the arsenal of tools will always be on the increase. So it’s evident to me that the outlook for the platform is very bright indeed.”

In the present, Simone confirms that the impact of the DiGiGrid technology has been keenly observed by the studios’ clients, who include leading hip hop artists T.I. and former Wu-Tang Clan member Method Man. “What they are hearing in their headphones is so clean and fast they sometimes assume that there is some ‘engineer magic’ going on! But really it is down to the low latency of the system, the ability to call up plugins on a preset, and the ease of manipulating the plugin chain during recording. Hence the investment in DiGiGrid has been a great step forward for us across the board.” 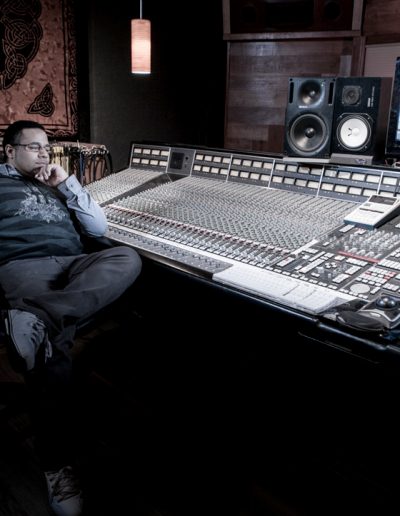