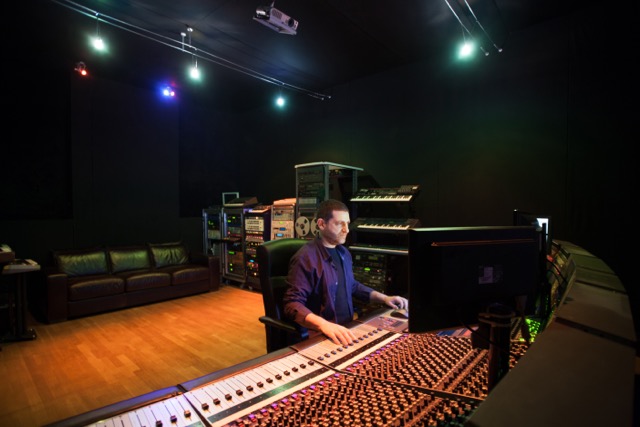 Thirty number one singles, and more than 50 Top 10 albums kind of says it all about Yoad Nevo. He’s an acclaimed producer, mixer, and plugin developer, and works with a string of artists at his London hub, Nevo Sound Studios, on a daily basis. Key to Nevo’s quick, dynamic workflow is his DiGiGrid DLS, which multitasks in the studio just as much as the man himself.

Yoad Nevo’s discography is pretty staggering. His credits include Pet Shop Boys’ Yes; Goldfrapp’s Strict Machine, and Sugababes’ classic Freak Like Me, as well as a number of big hits for an eclectic mix of artists including the brilliant Sia, Moby, Morcheeba, and the Dandy Warhols. Be it making pop for Girls Aloud, mixing electronic pieces by Air, or club hits such as Sophie Ellis Bextor’s Murder on the Dance Floor, name a genre, he’s likely been there and done it.

Nevo must be one of the most technologically-orientated (and gifted) producers in the business. His current way of working allows him to split his day into many different segments, as opposed to the old days, which would often involve long slogs.

“I used to mix for a day, then come back in the morning for another half a day, and the mix was done – unless you had to do recalls, and that was a nightmare,” Nevo explains. “These days, I’ll spend two hours on something, then do something else – maybe some mastering – or listen to another mix, so it’s quite different to how things used to be. I find a lot of my time is spent listening to stuff, and making mental notes, because it’s so easy to manage the technical side of things. I have people here [at Nevo Sound Studios] to help edit and prepare the mixes for me, then when I come back here to the studio, it’s so easy to implement those notes.”

Nevo is quite old school, having worked on SSL desks for many years, and is a big fan of Neve compression. He uses his trusted Waves plugins to emulate those sounds in his mixes, and after the majority of the work has been done in the box, his final stage is to split the mix to different outputs, and run it through his Neve console for summing.

The studio has got so many facets, it’s difficult to know where it all starts and finishes; and Nevo points out yet another: his DiGiGrid DLS setup, which wears a few musical hats itself in the studio:

“On one hand, it’s a super-powerful soundcard,” Nevo says, with a smile. “With just one Ethernet cable connected to my computer, DiGiGrid drives all my HD I/Os. However, it’s more than that. You can also connect it to another computer, and it can serve as the other computer’s soundcard as well, at the same time, without losing any of its resource. That, for me, makes it even more interesting, because then you can link all the computers in the studio using one DLS, and they can all talk to each other.”

This means if an artist is working in, for example, Pro Tools or Logic, and another musician walks into Nevo Sound Studios wanting to bring in an Ableton session, linking it all up is very straightforward.

“They can just plug straight into the DLS via an Ethernet cable, and then Ableton becomes a part of your system too,” Nevo explains. “So you can literally start recording with it right away. DLS really has proven to be a very smart piece of kit, and is now a key part of my studio workflow.”