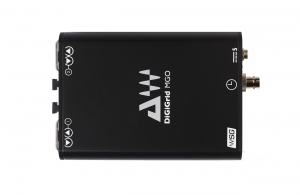 “We are always looking for ways to streamline our workflow with intuitive, reliable products, and it was the right time to make the move to these components,” stated Singer. “Since we are utilizing Waves in live broadcast situations, latency is of great concern.  We have recently upgraded all of our mixing systems to AVID HDX DSP, which required a new solution for running our most valuable Waves plugins in real time, with minimal latency. Enter DiGiGrid. The system has been stable, and we’re looking forward to using it to its full potential at upcoming events.”

The compact and portable DiGiGrid MGO Optical MADI Interface lets users plug any MADI-enabled device into the power of the Waves SoundGrid networking and processing platform.

M3 recently wrapped up a Billy Joel New Year’s Eve celebration at the Barclays Center in Brooklyn and will be heading to Los Angeles for the 56th Annual GRAMMY Awards, broadcast live from the Staples Center on January 26, 2014, before returning to NYC for the Super Bowl events.

Mick Olesh, Waves Executive VP, Sales, comments, “It’s great to have Music Mix Mobile invest in the DiGiGrid network and further expand their investment in Waves. Having them push the system in a demanding environment is the best way of demonstrating the versatility of DiGiGrid.”