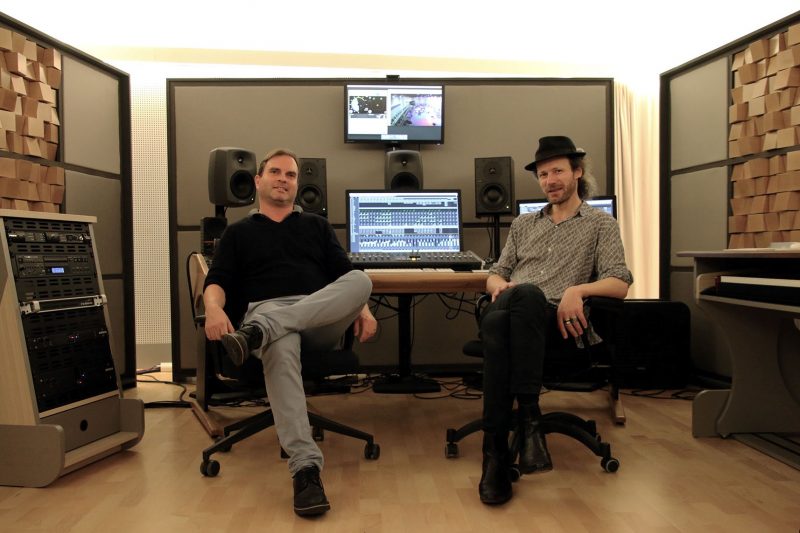 L’Abri is a performance, exhibition, rehearsal and artistic centre in Geneva. Opened in 2014, it runs as a not for profit foundation with the brief to nurture the talent of young people working in all areas of the arts. Music is a particular focus, and in July 2016 L’Abri added a recording studio to the facilities already available. Run by Alain Renaud and David Weber, who come from differing backgrounds in sound and music, the control room of this new room features DiGiGrid IOS and IOC units, with three racked IOXs for use in the live rooms. We recently spoke to Renaud and Weber to discuss the aims of L’Abri, projects, plans for the future and the part DiGiGrid plays.

What is the background to the L’Abri project?

L’Abri was first imagined as a concert venue, with the aim of promoting young talent in all forms of art. It is run as a non-profit making foundation, with backing from the City of Geneva and private sources.

Shortly after the venue opened it became clear there was a need for a recording studio; we were missing the ability to not only capture concerts being staged in the live rooms, but also for the young artists to record promotional materials. Now there is the chance to record three to four singles or up to 20 minutes of classical music, using the live spaces as recording booths. The control room facility allows for recording, mixing and online distribution and, also important, there is the ability to record video as well as audio.

The venue is a very unusual place because the two live spaces are within a structure in the middle of Geneva that was designed as a bomb shelter for the government and local population. Because of that quite a large amount of our decent but not enormous initial budget was went on properly treating the control room and employing an acoustic architect.

How is the studio control room set up?

The heart of the suite is a Mac Pro, which runs Cubase, Pro Tools, Logic and Wavelab recording programs. It also accommodates UAD, Waves and Native Instruments plug-ins. The main console at the moment is a SSL Nucleus but we have already bought a new Avid Artist mixer. But the power and flexibility of the DiGiGrid system means we can do more in the rack and do not need the kind of large-scale mixing console we would have done in the past. Two DiGiGrid interfaces – an IOS and an IOC – are key parts of the set-up. The IOS provides ins and outs to the patch bay and the DiGiGrid server. The AES output section of the IOC is connected to a TC Electronics Clarity X controller for 5.1 monitoring. The analogue inputs/outputs are used as inserts to an Analog Modules Rack 500 for compression and EQ.

Why did you choose the DiGiGrid systems?

It was a combination of factors: having the Waves server, stability of the system, possibilities for extending the installation and the quality of the analogue section and A-D/D-A converters.

As well as the IOS and IOC in the control room, we have three IOXs in a mobile rack that can be moved between the two live/recording rooms. The reason we chose this system was to provide connectivity in a facility that had already been built into a building with very thick concrete walls. The control room was originally a rehearsal studio, arranged as a ‘room within a room’ featuring standard network connections. We didn’t want to bring in analogue cabling so we decided to go with DiGiGrid instead and take advantage of its simple networking connectivity. The DiGiGrid systems are portable, which allows us to move a custom-made rack full of preamps and other units from one room to another. Another benefit is being able to remotely control not only the software but also hardware such as preamps, gain and phantom power.

What is your networking infrastructure and how do the DiGiGrid units connect to it?

Our network is completely IT-based. The two DiGiGrid units in the control room are daisy-chained to the Mac Pro, with a parallel network for the remote consoles. We can also go out from the DiGiGrids to distribute the routing for the other spaces on a plug-and-play basis.

The DiGiGrids integrate well with the console and everything is now basically a remote control set-up. What we now have is something that is user-friendly and efficient, because routing signals from the DiGiGrids is so flexible.

How has DiGiGrid changed the way you work?

Everything is faster and simpler now. We have total recall on the entire workflow and can switch from one studio configuration to another in one click – 2.1 to 5.1 for example. There are pre-sets for configuring the systems, which is very useful for different projects and different ways of working.

David is more a traditional sound engineer and does all the rock and pop recording and most of the live sessions. For this he likes to work in stereo. Besides his work at L’Abri, David owns and runs a recording studio in Geneva called Studio des Forces Motrices. He is also responsible for the audio installation at the Montreux Jazz Festival.

Alain comes from a research and academic background and focuses on classical, jazz, contemporary and electronic music of all kinds. He likes to experiment with sound design for large installations and loves to work in 5.1, most often with a sub-woofer. The DiGiGrid installation allows us to switch from one configuration to another very easily.

Are there any plans to expand the installation in the future?

Although the 128-channel count on DiGiGrid is more than enough for what we do now, we have just ordered a new IOX to have more inputs. This means the configuration can be expanded continually. So there is the potential to connect the control room over fibre to the live spaces, which are half a kilometre away, with the DiGiGrids as the interface. 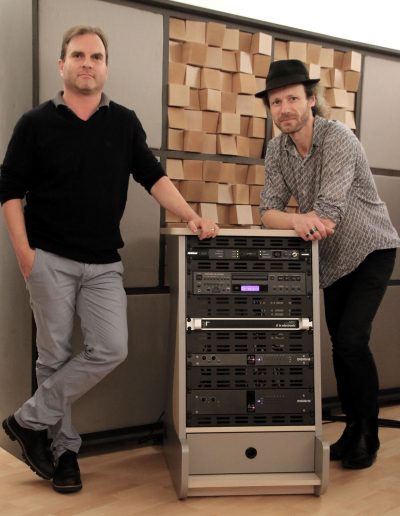