Hit-making with DiGiGrid in Nashville 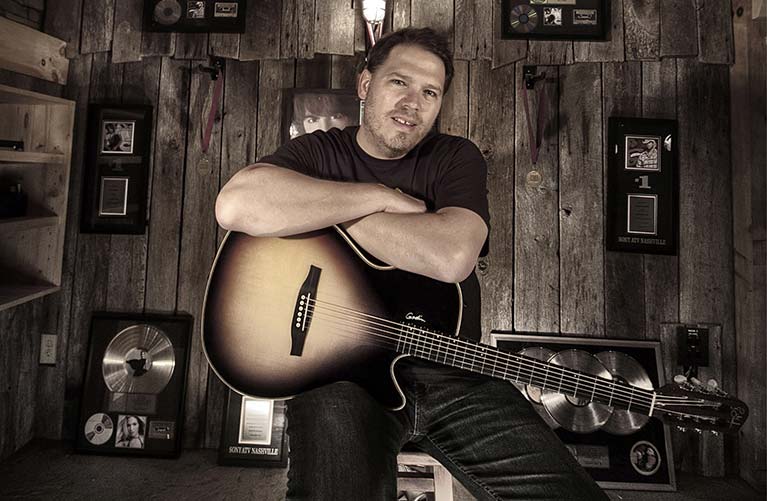 Joe West is not only an award-winning songwriter with a string of hit records to his name, he is also a Grammy-winning producer, and a top notch mix engineer. After his early morning cigar, West can normally be found in his stunning purpose built barn studio, located in the heart of Nashville, getting stuck in to one of several projects that he’s simultaneously working on: penning his next big hit, producing a band, or just tweaking a mix, perhaps? Whatever the application, one constant is his DiGiGrid DLS, which is permanently dialed into his system.

Joe West started out as a staff engineer in his home town of Pittsburgh, then moved to New York City, where he worked on some pretty sizable records. But it was finding Nashville that really set his musical wheels in motion.

“It started happening for me when I moved to Nashville and worked on that Emmylou Harris record, Stumble into Grace, with Daniel Lanois in 2002,” West reflects. “That was nominated for a Grammy, and then I worked on a Warren Zevon record that won a Grammy; that’s when I knew I was doing the right thing, and was on the right track.”

He’s not wrong. West has since collaborated on multiple number one singles as well as cuts for the likes of Tim McGraw, Keith Urban, Toby Keith, and Jimmy Wayne. Because the Nashville pace is so quick, every day he finds himself working, be it as a songwriter, producer, mix engineer, or sometimes all three..!

“When I did that Emmylou record, the way they wanted to record it meant everyone being in one room. I remember sweating  so hard, only to find out that when I pulled the faders up, it was really unique and beautiful,” West recalls. “I could now never go back to separate rooms, or go down a hallway, or look in a video camera to see someone playing in another room.”

Which would explain the expansive, open plan layout of his 60ft x 40ft studio, housed within this giant barn. West has been in the industry for 27 years now; he started in the analogue domain, and although he still uses plenty of analogue kit, his hub is now centred around a Pro Tools HD rig, incorporating a number of Waves plugins and, of course, DiGiGrid:

“When a new piece of hardware comes in, I tend to worry about the situation: ‘am I gonna be a beta tester when not doing my work?’ But when I found out what DiGiGrid could really do, I was very interested,” West explains. “DLS is such a heavy box, and it does so much; it was tough to wrap my mind around its capabilities. But out of all the amazing things that it did, the one thing that I heard was, ‘ultra-low latency plugins’, and I was sold on that alone, because when I am in my barn tracking seven guys at a time, if I can give them a mix in their headphones that lights them up, they will play so much better, as they’ll be inspired.”

So DiGiGrid is kind of multi-tasking in the barn too, then?

“Ultimately, DiGiGrid is a porthole from anywhere,” West smiles. “When you put your track onto input, and there’s a producer or a co-writer in the control room, or on a couch working on the laptop, using just an Ethernet connection, he or she can send you a drum loop you can use, a sample, a vocal – or you can use a laptop on the other side of the room with a guy in the live room that’s got a keyboard rig, and offload all that virtual DSP off to him. It’s such an incredible box.

“It also allows you to take your interfaces and put them 300 feet away in another building if you really want to. In New York, I used to mix at post production, accessing digi betas up three floors, and sending audio to a room down four flights of stairs; this is the kind of box that would allow you to do stuff like that. If anything, it suffers from being 10 boxes in one! But once you find your specific need, it’s a cure-all: not just for that solution, but for the future of what you want to do as far as expanding your studio or musical project.”

DLS is permanently wired into West’s system, and is used when he is tracking anybody live and needs low latency and a little bit of processing… So all the time, then?

[laughs] In a word, Yes!  Every single time, even if I’m hitting it on the front end with a really beautiful compressor and EQ and mic pre, and I’m going right in, I always end up putting something on it,” West confirms, adding that it’s also useful on the road. In what way, exactly? “OK, so I had a deadline, and I had to be in Pittsburgh for a family issue, so I took a little Pro Tools rig and the DLS with me, and I was able to continue mixing. I actually mixed four of the songs off of the number one record by Joey and Rory [that I did] on my mother’s coffee table! And when I came back, I didn’t have to re-touch them. I put a final sort of two-buss thing on it, and printed the mix!

“I have a passion project, too – me and another hit songwriter writing a lot of stuff together, which we put out under the band name Lo-Fi; and that was toured with a full Pro Tools rig, with DLS for all our live DSP. It was great, because you can program a whole Pro Tools session for the entire concert that had not only lighting MIDI controls, but we were triggering video and a bunch of Waves plugins that were changing for each song; and it was DLS at the heart of that which allowed us to do it latency-free. Amazing.” 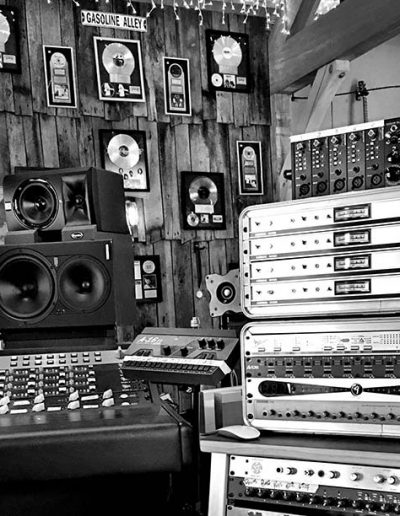