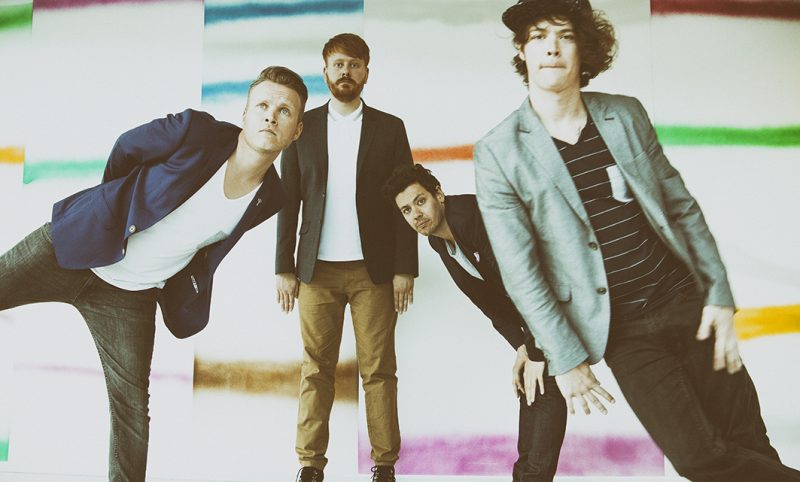 Renowened Norwegian synth pop band Donkeyboy have been recently prepping for a run of summer festival shows with their latest DiGiGrid system. We caught up with them to see what’s new with their production and how DiGiGrid ties it all together.

Formed in 2005 and hitting the number one spot in the Norwegian singles chart in June 2009 with their single Ambitions, they’ve had numerous successes over the years include supporting fellow Norwegians A-ha on their UK and Oslo legs of the Foot Of The Mountain tour, and receiving a Platinum award in 2011 for their single, City Boy.

Thomas Drabloes, the drummer, explains: “We’ve got a computer on stage running Logic Pro X with all our backing tracks. This way we’re getting the correct tempo on each song, syncing delays and other time based effects. All vocal mics go through Logic via the DiGiGrid IOS. On some of our songs we use Auto-Tune® as an effect and to get that working the way we want we need to first come into Logic on a channel with only the Antares plug-in inserted. Those tracks are routed direct out back into the eMotion ST mixer and returned to Logic for further processing in Waves StudioRacks. This is only possible due to the very low latency the system provides. Logic is key to our workflow and to make use of dynamic automation.”

Ingar Aabo, the band’s FOH mixer, adds, “We use a Windows computer with a touch screen monitor running Waves eMotion LV1 as our main mixer with an extra DiGiGrid IOS to get i/o’s at the mixer position. In total, we use 2 DiGiGrid IOX’s, 2 IOS ‘s, 2 MGO’s and 2 additional SoundGrid servers.

“We’re tracking the shows on a Mac into Waves Tracks Live for virtual sound check and archiving. Since the system is so flexible and easy to expand, I sometimes hook up an extra computer to take the recording back home or to the hotel if I want to do some extra tweaking before the next show. That’s absolutely brilliant – having the opportunity to mix on the same systems we use in the production without having to sit wherever the mixer is at any given time. I can do it at home, in the bus or wherever, and have exactly the same audio tools available.”

The band have been so impressed with the DiGiGrid workflow and experience, they now intend to swap out their traditional monitor console for a second Waves eMotion LV1 system to get everything within the same environment.  The merging of studio and live workflows was never so easy and DiGiGrid has allowed them to standardise their creative tools across multiple platforms.