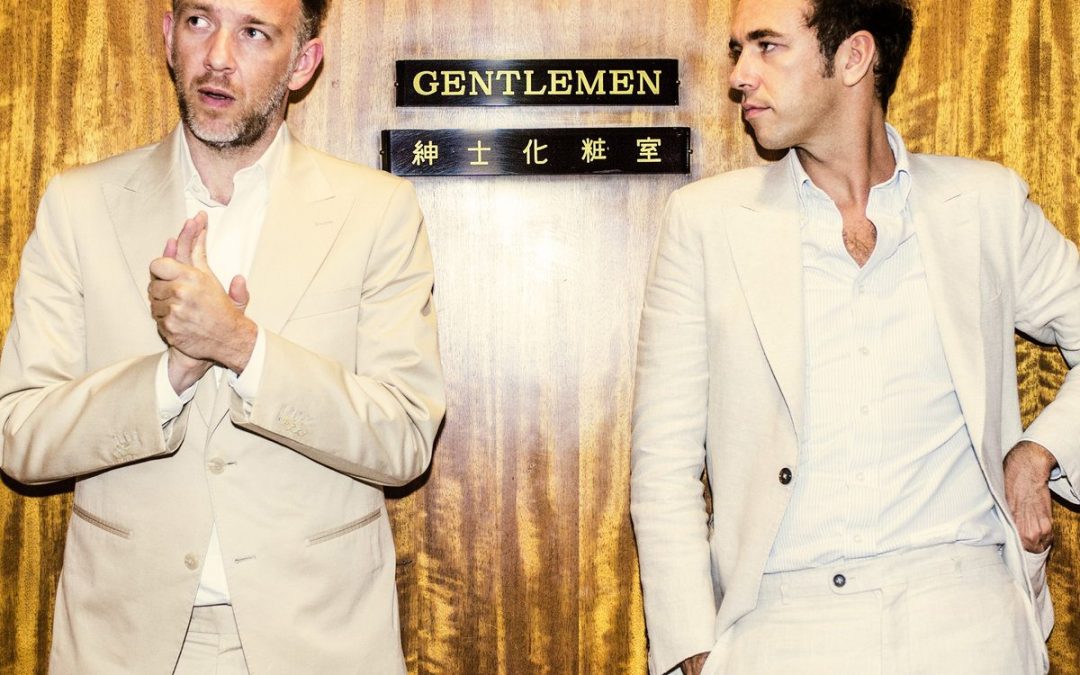 Soulwax are innovators. From Belgium, brothers Stephen and David Dewaele have been hugely respected purveyors of electronic music for more than two decades and following a tour in 2016, returned to the studio after a recording hiatus of twelve years, to create the critically acclaimed album “From DeeWee”.

The tour, labelled as The Transient Program for Drums and Machinery focused on creating a ‘20th Century’ Sound using a range of vintage kit. Alongside guitars, three drum kits and a mellotron, Soulwax employed an Oberheim Two-Voice Pro, an EMS Synthi AKS, an ARP Odyssey and Sequential Prophet synths, with pre-mixing carried out on several vintage Trident Fleximix consoles.

Having been suitably inspired by the success of the tour and the magic it created, Soulwax set about capturing that sound on record and went into the Daewele’s studio, Deewee, in Ghent. With the same band members and the same live set up, the intention was to record the album in one take, just as would have been the case in the live set. The presence of three drummers as part of the ensemble would certainly underpin a very big sound…

Since the idea came directly from the live show, the decision was taken to use a live monitoring system in the studio. An Allen & Heath dLive digital mixing desk and ME personal monitoring systems were deployed along with DiGiGrid’s DLI networking hub for monitors and live recording to ProToolsHD. The DLI was central to the smooth running of the session as engineer Phil Evans explains:

“We needed a bridge to hook up to the ME, so the DiGiGrid’s DLI’s routing capabilities were really important in order to send different tracks to the band members.”

DiGiGrid’s DLI is a networking hub that brides Pro Tools HD systems to the Sound Grid network and delivers up to 64 inputs and outputs to get the most from any existing HD setup. The system comes with the complete SoundGrid Studio System software and when combined with a SoundGrid DSP server, provides unequalled processing power. The DLI provides a range of options for real-time tracking , monitoring and mixing and delivers incredibly low latency. Full plugin integration inside the DAW opens users up to hundreds of Waves and third-party SoundGrid compatible plugins.

“Everything was vintage and to able to integrate it with digital is where the DiGiGrid DLI really came into its own. Very importantly, it also avoided the need for a considerable number of additional patch cables – we’re talking sixty-plus channels – which DLI handles across two ports. Put in context, the cost of extra cabling alone would have been about 2K!”

To judge by reviews of “From Deewee” the Dewaele brothers certainly achieved their aims.  Pitchfork was generous in its praise of the material and added that:

“The production is skilled and meticulous. The synths are rich and robust and the brothers layer multiple drum sets with a sense of finesse…More nimble than they’ve ever, the brothers manage to stack three different eras of music on top of one another without anchoring their songs to any of them.”

In meeting the technical needs of the project, DiGiGrid without doubt played its part in supporting its creative success. Job done, then…