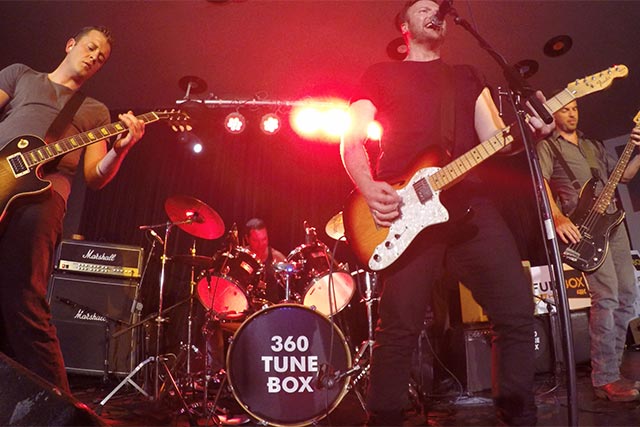 Nambucca oozes cool. As you enter its doors, a large bar presents itself on the right hand side, and as you shuffle past the Hendrix and Lennon murals on the doors and down the steps, you find yourself in the live music area, with a raised stage, a ground stacked PA, stage wedges, and a house drum kit.

Luke Lockhart of production company, TF Music, is busy preparing for the show, which will see five bands play live sets over the course of the day for 360 Tune Box, an international broadcaster owned by SPI. TF is in charge of all things production, which constitutes setting up an eight-camera shoot

[in 4k] and a 24-channel live recording setup. Lockhart and co. will be filming a string of different bands in various London locations over the coming weeks, before doing the same Stateside, if all goes to plan.

“360 Tune Box is kind of similar to Netflix; they have subscription channels, but they also do linear broadcast as well. In fact, they have over 25 million paid subscribers, and offices in every territory,” Lockhart explains. Sounds a pretty big deal. “It’s really good what they’re doing, investing not only in established artists, but also new and emerging, too.”

He’s not wrong. Headed up by Novelle Stephenson (ex-Def-Jam), 360 Tune Box is all about young urban adults whose musical interests are that little bit outside the box. Instead of putting the emphasis on global stars, the firm is all about variety and equality to all musicians. At Nambucca, TF is filming and recording for two of its channels: Fun Box, and 360 TuneBox.

Before DiGiGrid, Lockhart was using Pro Tools as his interface for recording audio, but as this show required 4k shooting as well as 5.1 broadcast mixes, he decided to take a look at what was out on the market to see if anything would fit the bill that bit better. After a chat with the guys at UK-based Sonic Distribution, DiGiGrid’s IOX caught his eye:

“When Sonic first briefed me on DiGiGrid, I thought IOX sounded very interesting, but I was a little concerned that it was an Ethernet cable coming out of the unit rather than Thunderbolt or Firewire; would it be able to sustain the speeds needed for the audio transfer? However, I decided to trial it at a show at the 100 Club, where Andy Mitchell of The Yardbirds was performing, and the results were fantastic. The Ethernet was totally stable, and the audio quality was pristine – not at all hard, like a lot of digital audio can be. That’s when I started to realise the real capabilities of IOX.”

For Lockhart and his team, IOX is particularly handy not only for its small footprint, but its 12 mic pres, and 96kHz capabilities.

“With Pro Tools, sometimes you have to use a load of other kit in conjunction with it, so prior to this project at Nambucca, we’d be using a big desk with mic pres, because you’d need to control the gain, so if you wanted to increase the level of that instrument, you’d use the desk,” he explains. “The great thing about DiGiGrid is, you can digitally control the input level of an analogue mic pre, which is just perfect. This is the territory I want to be in when I’m recording bands, and I can have two of these units working together, which gives me 24 inputs.

“Also, as they’re such small units, when we’re travelling, it’s always nice and portable. When you’re working this way, you want as quick a setup and break down as possible – it’s man hours, time, and energy – and using DiGiGrid has enabled us to achieve all of that. For our kind of application, or any kind of broadcast, or actually even a band that’s recording in the studio, IOX is a really great option. It’s a slick unit, and with a digital interface, being able to control analogue mic ins, it’s a real no-brainer.” 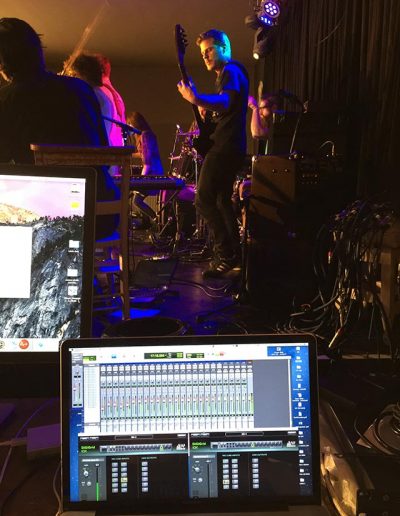