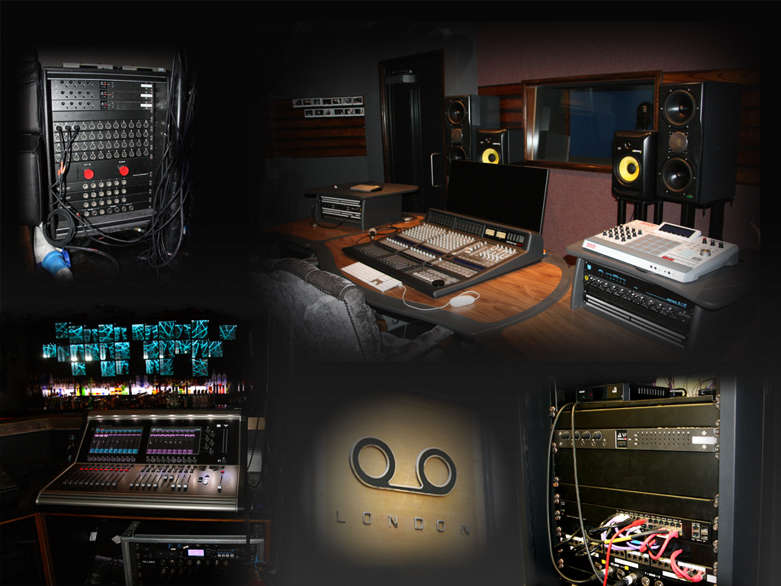 CHESSINGTON, UK, 12th JANUARY 2016 — TAPE London is a multi-purpose facility nestled within London’s Mayfair district, and was inspired by two-time Grammy Award-winner, Dallas Austin, who has worked with artists such as Madonna and Rihanna. Creating a unique audience and artist experience, it combines a 270-capacity venue (Tape Live) with first class recording facilities (Tape Studio). The design was intended to replicate similar establishments in Los Angeles to create a home for collaborating artists and those who want to capture the magic of live performances. SSE London chose DiGiGrid (and the SoundGrid networking protocol) for the job.

Tape had to come up with a unique musical twist. It did so by forging a strong link between the studio and the live elements to allow for the recording of pristine audio from anywhere within the facility – even the snazzy private members’ bar, which boasts its own smaller stage.

In search of the perfect audio solution, Tape turned to SSE London, who are no strangers to DiGiGrid products, having deployed IOX on plenty of live touring applications. The venue needed flexibility in abundance, so SSE chose to install a DiGiGrid system running on the SoundGrid network.

“Compared with various MADI and Dante alternatives, the SoundGrid network and DiGiGrid hardware proved the perfect plug and play solution for Tape,” explains SSE’s Emma Bigg. “The whole concept of Tape Studio is to give incoming producers a high quality setup that can be customised very quickly to match their ideal configuration, and that’s what DiGiGrid provides. Connecting all the I/O and processing devices over a SoundGrid network also has major benefits: firstly, it enables us to have strategically placed I/O units around the whole venue, so the entire club can become part of the studio, which provides producers and artists with multiple recording options; and secondly, it gives us a high-capacity (channel) network, as we can route I/O anywhere on the network. Furthermore, it means we have access to a huge library of DSP-based low-latency Waves SoundGrid plugins, easily configurable for any live or recording application.”

The system integrates seamlessly with DiGiCo’s S21 console, the manufacturer’s little pocket rocket, which boasts all the power and functionality of its bigger brothers, but in a compact shell. The S21 interfaces easily with the SoundGrid network using the DiGiGrid MGB Interface.

“The DiGiCo S21 is interesting, as it gives you high-end engineering and functionality in an affordable package,” says Bigg. “You can change the interfaces using the DMI cards, and it was crucial that the system could grow and expand with the venue; as technology moves on, you can always rest assured that DiGiCo products will be consistently updated and supported, so it’s a brilliant way to future proof the studio (the console is used for live music, the studio has a SSL Matrix 2), as the console will never become obsolete.”