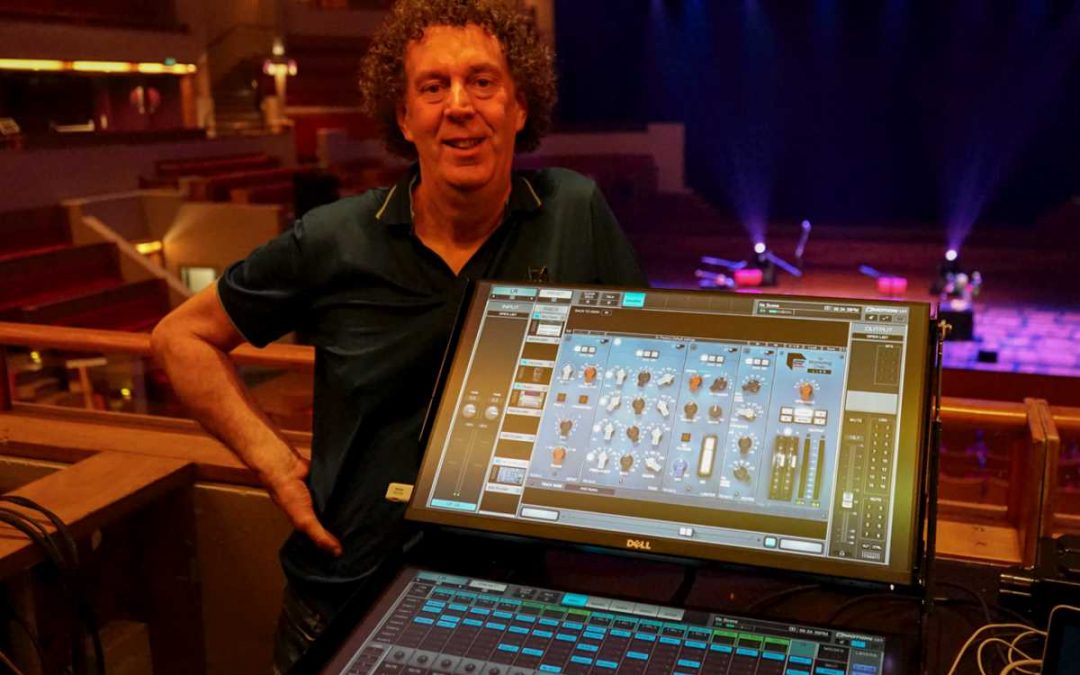 Kings of Floyd are a leading Pink Floyd tribute band based in Germany. Led by Brit, Mark Gillespie, this assembly of international musicians have earned a deserved reputation for presenting an accurate and atmospheric representation of the classic progressive rock supergroup. The band regularly undertake national tours, playing popular theatre venues to sold out audiences. In order to replicate and do justice to the magic and majesty of Pink Floyd, Kings of Floyd and their experienced crew place audio quality high on their list of priorities.

Highly respected FOH engineer, Howard Heckers, notable for his work with Supertramp co-founder Roger Hodgson amongst many others, is the band’s audio lynchpin and his work in helping to produce the authentic Floyd sound is essential. Central to his setup for Kings of Floyd is a DiGiGrid IOS unit, as he explains:

“I’ve been a DiGiGrid user for a while now, having started touring with the Waves LV1 around three years ago. In two hundred-plus shows during that time, DiGiGrid products have never let me down. I use the DiGiGrid IOS for front-of-house – it’s the best option available with eight inputs, eight outputs, two headphone outputs and AES. It’s ideal for PA feeds and some local inputs like talkback and playback from a video stream for the show. I love the preamps – very transparent and clear.”

“I actually have three Waves LV1 setups for different tours. The Kings of Floyd gear stays in the truck but I use a similar setup for other tours. I’ll be upgrading my IOS’s to IOS-XL as soon as I have a break in the current Kings of Floyd tour. I also use a DiGiGrid MGB (coaxial MADI interface) on another tour – this is my newest setup that deploys a DiGiCo rack on MADI to MGB on FOH and has an IOC at FOH.”

With a strong reputation and more than twenty-five years of experience that has encompassed ten major world tours, Howard Heckers has heard and used almost every available console on the market but considers that using DiGiGrid with Waves LV1 is the option that best suits his requirements. He’s also an admirer of the units’ durability, describing them as “rock solid”.

Kings of Floyd’s connection with DiGiGrid extends even beyond its use by their renowned FOH engineer. When the demands on Howard Heckers’ time recently resulted in the need for a deputy to cover some dates on the band’s current tour, they called on the services of none other than DiGiGrid Product Specialist, Michael Mäurer, to take the hotseat. An accomplished sound man in his own right, Mäurer enjoyed the experience – adapting to the setup was certainly not a problem!

Sound Marketing is a specialist marketing and PR agency with extensive experience in the AV and entertainment technology industry, offering a complete range of services from traditional marketing communications to influencer marketing and beyond.