Brian Young runs Dream Academy, a small full-service studio based in the foothills of Los Angeles. He is an experienced operator who engineers and produces for local talent as well as keeping a strong focus on writing for, recording and producing his own band, The Fashion Focus. Other artists also engage Brian for mixing and remixing duties, keeping this in-demand all-rounder very busy. Dream Academy is based around an older Pro Tools™ HD system which is employed for most of the recording and editing that takes place, with two satellite Ableton and Logic systems for midi/synth/modular work.

Like all engineers, Brian is always on the lookout for improvements to his setup and ways that will smooth and enhance the creative process. Seeking the widest possible scope from the most efficient configuration of hardware, he began looking into AoIP systems with the aim of integrating multiple DAWs together – the older (but perfectly stable) system and a separate new composition rig, running VSTs and softsynths.

Brian was aware of DiGiGrid’s potential to help but wasn’t completely sure if his ambitions could be achieved. Having consulted with DiGiGrid’s Dan Page, it was apparent that the DLI Pro Tools™ to SoundGrid Interface would not only meet his requirements but significantly increase his options. The use of 2 x DLIs allowed the connection of Pro Tools™ HD and Avid interfaces with a SoundGrid network in the middle. This meant he could add the second DAW to the SoundGrid network, giving him a direct connection between the two DAWs and allowing the synths connected to the Avid I/O to be used with either DAW.

“The DLIs gave me the ability to incorporate multiple DAWs via separate computers, to use external FX processing if needed AND run my AVID interfaces over the network, connecting multiple rooms, all with near zero latency. Dan was a great help when it came to incorporating DiGiGrid into my existing system to get the most out of it. DiGiGrid has been working flawlessly and breathed new life into what some might say is an antiquated system.”

Brian Young’s deployment of DiGiGrid at Dream Academy is an excellent example of the way in which the use of the DLI interface allows the integration of Pro Tools™ into a SoundGrid network for the sharing of I/O between multiple DAWS. Because Pro Tools™ does not offer this sharing capability, it is not easily achieved in any other way. The DiGiGrid DLI solution is straightforward and offers unrivalled flexibility.

“With my new found flexibility, I’m happy that DiGiGrid has provided me with a much better solution than simply dumping an inherently stable system and risking thousands on ‘the next big thing’ – I couldn’t be happier with my system.”

Waves, the world’s leading developer of audio plugins, and DiGiCo, the world’s leading manufacturer of professional mixing consoles, have joined forces to create DiGiGrid: advanced audio interfaces that give you the freedom to connect multiple DAWs and hardware devices, using award-winning preamps and giving your system more power to run hundreds of plugins in real time. 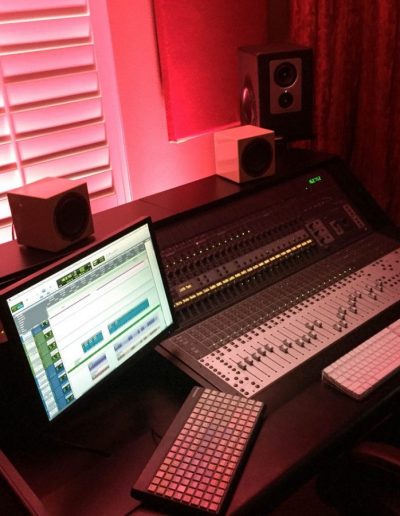