If the accolade ‘multi-talented’ applies to anyone, it is singer-songwriter, engineer and performer Gussie Miller. Based in LA, he has a varied and wide ranging background in the world of music. Miller has toured as a backing vocalist for many leading artists, such as Lavern Baker, Seal and Cher. His studio work is also extensive, and can be found on recordings by Gino Vannelli, Cher and Lavern Baker – to name just a few. On the song writing front, Miller’s work has been used on the CBS, ABC and CW networks, as well as in popular US TV shows such as Everybody Hates Chris, Doogie Howser M.D., Cop Rock, Family Matters and South Of Sunset, as well as the film I Think I Love My Wife.

With work on over 30 albums and 20 film projects under his belt, Miller began work on his own album Forever Plan; released in 2016, it was mixed and co-produced by Mike Fennel (who has worked with artists such as Anastacia and Katy Perry). The basics were cut at live sessions with his band (Alex Alessandroni Jr, Jay Gore, Reggie Boyd Jr., Peter Wolf, Herman Matthews, Mick Taras and Clarence McDonald) in ProTools then ‘looped in’. He explains, “There were just a ridiculous number of vocal layers that we used, these were each processed with plugins in separate groups by Mike to give them each their own space and effects before being brought together. It made my backing vocals more present and full.”

Miller adds, that “being a vocalist, it was important that the album had a very prominent vocal sound, with a lot of backgrounds.” Each of these was then treated uniquely with processing, effects, chorusing, etc. “Sometimes we had separate reverbs, as we featured several different vocalists on the album, including Valerie Bailey and Michelle Wolf,” he adds.

“What we found is that my sound was a very vocal-centric one that required a lot of backgrounds, which in turn required a lot of processing. As we moved through the songs we found we were using a lot of Waves processing, a bunch of gains, plug-ins –  Waves, Slate, McDSP, NLS, ValleyPeople, Izotope, and so many more. It then got to the point where the sessions got to be so large, because Mike likes to keep everything,” Miller goes on to explains.

This is where DiGiGrid DLS came into its own. The DiGiGrid DLS is an all-in-one processing and networking hub that bridges Pro Tools HD to the Waves SoundGrid® system. With its built-in SoundGrid DSP server, network switch, and two DigiLink ports providing up to 64 inputs and outputs, DiGiGrid DLS gives packs a punch in terms of processing power, allowing users to take full advantage of their existing Pro Tools system. By providing full plugin integration inside users’ DAWs, DiGiGrid DLS users can track, monitor and mix while running hundreds of SoundGrid-compatible Waves and third-party plugins in real time with extremely low latency.

Fennel would build comps, edit and stacks the vocals, then process everything via the DLS, making use of the DSP server capability to handle the sheer size of the files. “It got to the point where we couldn’t even play the sessions without the DiGiGrid,” Miller explains.

Sections of the track Wantin’ You had additional vocals recorded on a vintage Neumann mic, adding to the layers of complexity. Without the capacity of the of DiGiGrid DLS, this signature vocal quality would have caused some serious headaches.

The sheer processing power of DiGiGrid DLS is what allowed Miller and Fennel to make an album that delivered on the big vocal characteristic that they were aiming for. “When you can play as many plug-ins as we were doing that’s a testament to the power and capability of the system,” Miller says. 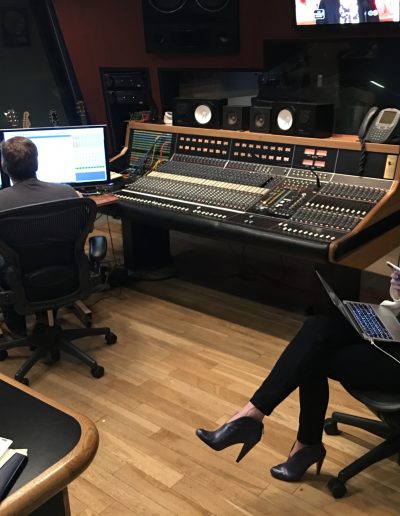 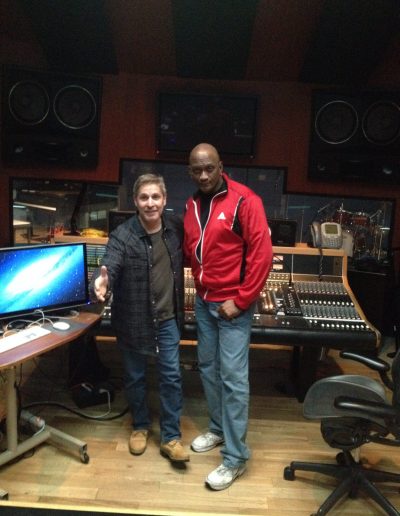