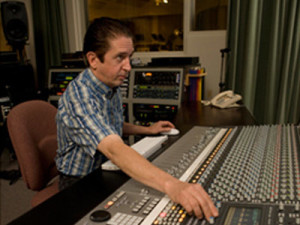 Prof. Jacobson notes, “The main reason for the College of Southern Nevada getting the DiGiGrid DLS was to update our second Control Room, called the Trident Room due to its having a vintage Trident Series 65 console in it. We have a recent Mac (‘tower’-type), and we have just upgraded to Pro Tools 11. But the three interfaces in the Trident Room are ‘legacy’ ones: Digidesign 96 and 192, and an Apogee Rosetta 800. These will NOT work with Pro Tools 11, and the cost to replace them was more than we could afford. Adding the DiGiGrid DLS interface was a cost-effective way to upgrade our Pro Tools system. In addition, the DLS (and the SoundGrid Studio software) do indeed provide near-zero latency and function as advertised. I haven’t used the DLS’s processing-sharing capability yet, but that may very well come into play as we continue to expand and rearrange our facility at CSN. As innocent as the DLS front panel appears, it does warrant us calling it the ‘Magic Box’!”