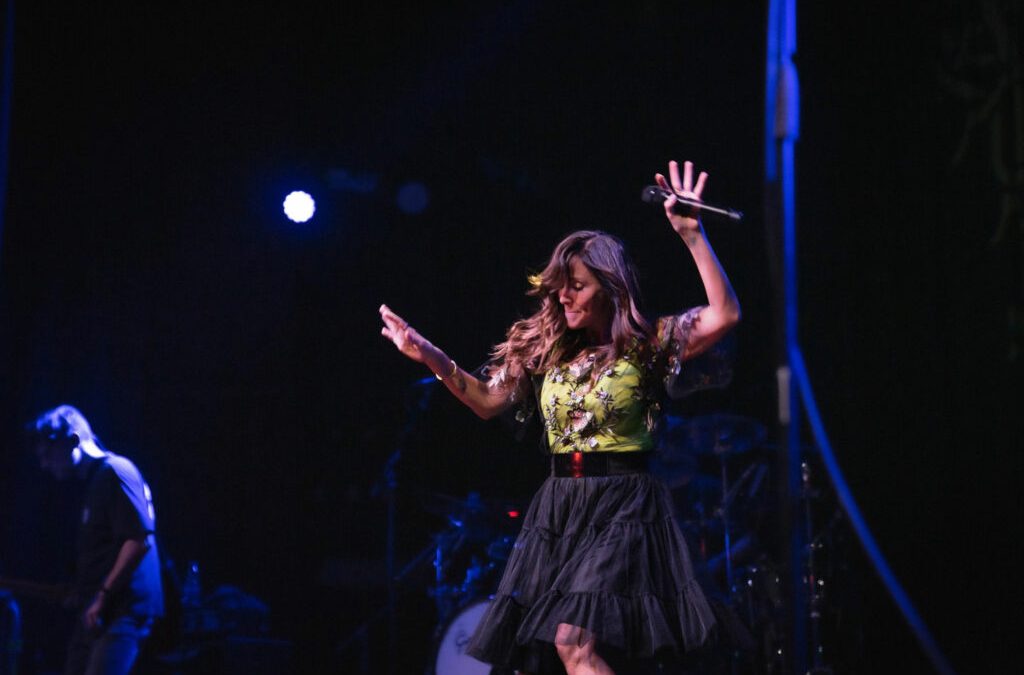 November 2022, UK – This Autumn, Natalie Imbruglia embarked on a celebratory tour de force of her 1997 debut album ‘Left of the Middle’, the album that made her a global indie-pop star.

After a 12-year hiatus from recording music and with a brand-new album in tow, fans were both expectant and suitably excited for her highly anticipated comeback tour.

With a music career spanning a quarter of a century, it would be easy to rely on past hits to carry the show’s opener. Instead, fans were treated to a triumphant return with ‘What it Feels Like’, a track from Imbruglia’s latest, critically acclaimed album, ‘Firebird’.

The show is as much a nod to the artist’s seminal album as it is her journey up to this point, and her audience is treated with warmth and familiarity, a common thread that’s woven throughout this fabric of the production.

“Natalie gave me my first touring job back in 2015,” notes Production Manager, Rob Jones. “Today, we have a small but exceptionally talented crew who work incredibly hard.”

Although Jones had never worked with Brit Row before, they came highly recommended from his audio team. “It was clear from our conversations just how accommodating and supportive Brit Row are,” he adds.

”It’s true; we could be in the middle of nowhere, and they’d still find a way to get the gear we need.”

With Brit Row’s services firmly in place and with a variation of genres to contend with in order to bring the live sound to life, there was only one console that fit the bill for FOH Engineer Stefano Serpagli: a DiGiCo SD12.

“The FOH mix is very dynamic, as we do get the full spectrum of her work,” he explains. “There are acoustic sections, and a few older tracks such as ‘Impressed’, which is really high energy, or ‘Big Mistake’ which is quite loud and grungy. It’s certainly fun to mix!”

The SD12’s versatility was the biggest draw for Serpagli. “The combination of DiGiCo’s onboard multi bands and dynamic EQs make the desk for me. You can do so much on a DiGiCo without having to use a shed load of plug-ins.

“We record live shows, which is easy if you have Waves with DMI, and the SD12s have DMI ports built in. I’m also using a DiGiGrid MGB interface, so I can use MADI boards out of that. The flexibility of DiGiCo products, to be able to record the virtual soundchecks with such a tiny footprint, is just great.”

What makes this even better for Serpagli is Brit Row’s attention to detail when it comes to packaging.

“Brit Row have done such a great job with my custom racks; they’re built perfectly for a minimal package in these mid-size venues. My FOH rack has everything I could need; UPS, a Mac Mini to feed the Waves… and my beloved Bricasti M7 as my only piece of outboard,” he adds.

Monitor Engineer James Neale, who was passed the baton on this tour, is also utilising a DiGiCo SD12, as inherited from the previous mix engineer.

“DiGiCo is what I’ve been using most regularly as an engineer over the last 12 years”, says Neale.

He notes that with no speakers on stage apart from the bass cab, it’s a quiet stage set up bar the drums.

“All of the band choose to use in-ears, and are on the Sennheiser 2050s, while we have a Shure Axient Digital handled system for Natalie,” he furthers. “Her mix is actually quite full on, unlike how a lot of pop singers choose to have it.

“It’s quite a bouncy, evenly distributed mix, and so it’s really enjoyable to listen to from my perspective, because she has everything at a nice volume. Natalie also has some real power in her voice… This set is quite heavy and rocky in places.”

Back at FOH, mixing rock music is Serpagli’s passion. Yet he also has a rich background in mixing female vocalists such as Dido, Leona Lewis and Emily Sande.

It’s a combination of skills that has left PM Rob Jones in high praise: “Stefano’s sound is nothing short of exquisite. As it’s a pop show with rock elements, he has the dynamic absolutely nailed. The rooms we have played in have been very different, so I’m constantly in awe of how he manages to control and mix with such consistency.”

“I do place a lot of importance on live vocal sounds,” says Serpagli. “Finding the right microphone was of the utmost importance here, especially as we wanted Natalie to feel comfortable coming back for a headline tour.

“We put five different mics in a shootout and asked her to pick a number. She chose the new Shure KSM11 cardioid condenser microphone and she sounds great with it. Tom Brown, our Brit Row Account Manager, put a couple aside for me, and considering they’re like gold dust, I feel very privileged to have them!

“That’s a key thing with Brit Row, they are always, somehow, able to accommodate. I really like having the security that I can request the products I need – even in the busiest of times like we’ve seen this year – and they sort it without a problem.”

Jones agrees: “It is reassuring to know they’re always on the other end of the phone when you’re touring; every person I’ve dealt with at the company has been fantastic and the gear we get is exceptionally well packaged. I cannot say enough good things about their support for us, really.” 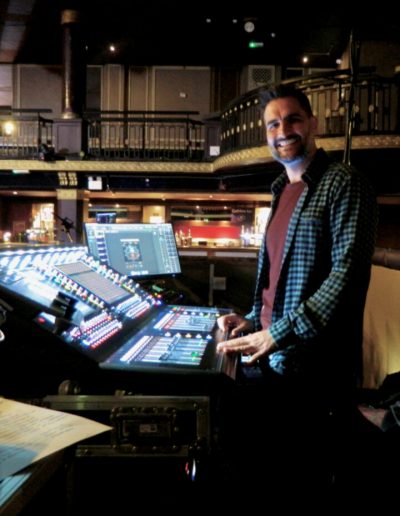 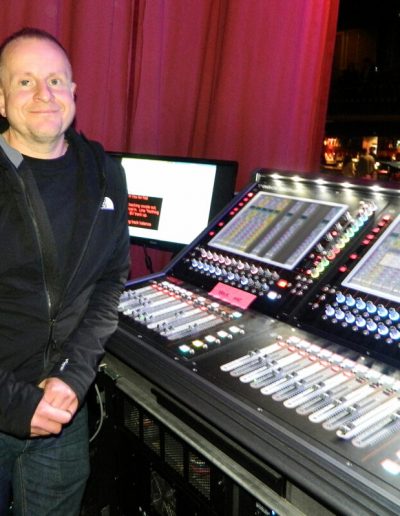