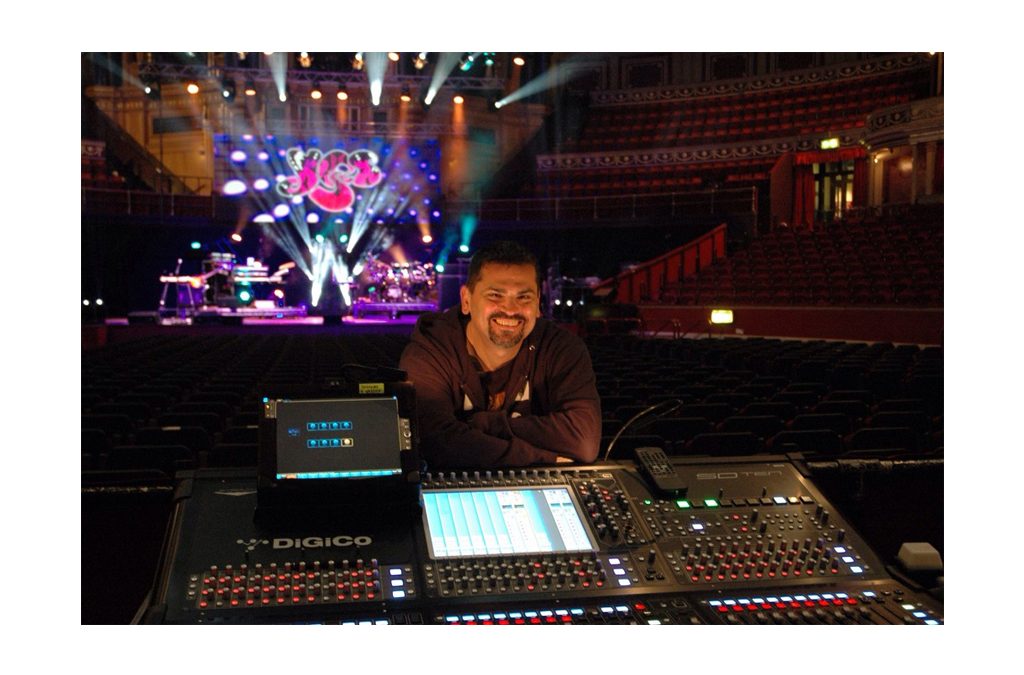 I’ve worked in the live audio industry for 30 years. I started out with a small regional sound company called Banana Sound, and from there I have worked in many facets of the industry – from New York City rock clubs to corporate events and theater work.

When I started working with [legendary prog rock band] YES seven years ago, we were working with all-Avid products. Two years into my tenure on the audio crew, I switched to the DiGiCo platform, first for the monitors and then at the FOH position. When I was tasked with recording the new live YES album – featuring live performances from across 12 tour dates in February 2017 – I added the DiGiGrid MGB unit. For me, it was a no brainer as I was already using Waves plugins with the Waves server on my SD10. The MGB box fit into the system like a glove. It’s something I also wanted to purchase for other projects that I work on as well as the YES project.

Using the MGB is such a joy. It’s pretty much a plug-and-play unit that made setting up my tracks in Tracks Live a breeze. The MacBook and Soundgrid software ‘saw’ the MGB and pretty much did all the work for me. It also has great indicator LED’s to let you know when you are connected to MADI and Ethernet so you know right away when the unit is operating correctly. Since everything connects and communicates without any crazy setup, it simplifies my workflow so I can concentrate on the more fun parts of my craft.

The DiGiGrid MGB is such a cool product that any engineer or artist should have it in their arsenal. It is simple to use, easy to set up and is built for the road.  It’s has been such a great investment for me, and something I plan on using for quite a while. I highly recommend this product to everyone!